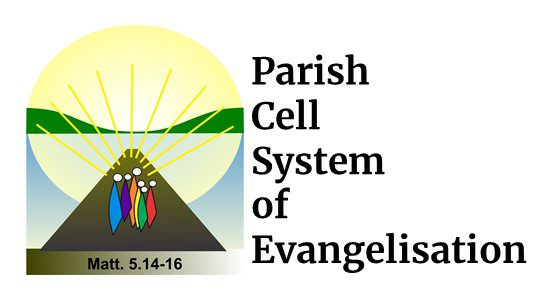 In the early 1980s Fr. Michael Eivers, a native of Cullyfad, Longford initiated the parish cells in his parish in Florida, USA in an effort to revitalise his parish which was in decline.  Such was his success that don PiGi Perini, parish priest of Sant’Eustorgio, Milan, Italy, heard of it and in 1987 went to Florida to experience the cells in operation.  On his return to Milan he introduced them in his parish.  In 1990, Fr. Michael Hurley, similarly inspired, went to Milan to investigate this new method of Evangelization with four parishioners from Ballinteer.  This was the beginning of cells in Ireland.  There are now over 85 cells in Ireland stretching from Ballymena to Cork and Dublin to Galway.  Today, there are thousands of cells present in the five continents.

On 29th May 2008, the Service Body of the International Parish Cells System of Evangelization was inaugurated and on 2 April 2009, the Pontifical Council for the Laity recognized the Body as a structure at the service of the Parish Cells, for the support and development and as an instrument of international evangelization.  This approval was given “ad experimentum” for a period of five years.

On the 12th April 2015, the Feast of Divine Mercy, the Pontifical Council for the Laity decreed, the final approval of the “Parish Cells” with private legal personality, a norm of the canon 116.2 of the Code of Canon Law, and the approved the statutes of the Body of the International Service of the Parish Cells.

This milestone in the life of the Parish Cells is greeted with great joy by all in the cell communities worldwide.

On receiving the decree, don Pigi, the President of the “Parish Cells” stated “This stage is very important in the life of the cells and of the Church, because it guarantees that this is not the initiative of a priest, but a pastoral methodology that each pastor can make their own, in order to give his parishioners the reality of their baptism in a more authentic and profound way”

He went on to quote the decree of approval that states, “It is fundamental for the Church to reinvigorate the missionary identity of the lay faithful and solicit pastors in the consciousness of its task of turning the parish into a community of ardent faith, where members are “agents of evangelization” and the parish is a “constant center of missionary outreach”

Fr. Michael Hurley on receiving news of the approval stated “Parish Cells have been a great blessing for individuals and parishes in Ireland where they have become involved in them.  They have inspired a deeper faith in Christ, an experience of community, and a missionary attitude that looks outward in the service of all people.  The approval granted indicates the working of God’s Spirit among them.”

Since 1990, an International Seminar on Parish Cells has been held in Sant’ Eustorgio and similarly in Ireland there is a National Seminar held each year hosted by cells in a parish.
Taken from Dublin Diocese 29th April 2015